But a bird of a different kind. A Vulcan bomber flew over on its way from the Bournemouth Air Show to the Shoreham Air Show this afternoon. I knew it would be around but didn't think it would fly over here so, when I heard loud jet engines, I ran outside and then ran back in for my camera and just managed to get the shot below. The Vulcan, originally intended to drop nuclear bombs on the enemy in the event of war between the USA and the Soviet Union, was retired in 1984 and this one, Avro Vulcan XH558, is the last of its kind. 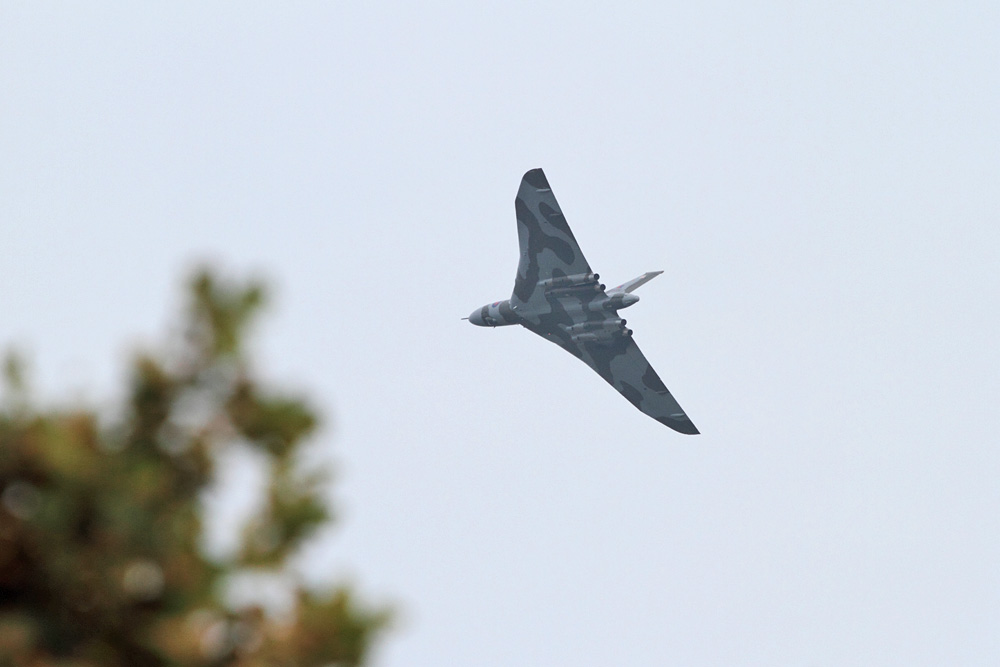