One of my all-time most wanted birds has been the Bluethroat, a scarce vagrant to the British Isles but so far I'd never seen one, as they mostly appear on Shetland, North Norfolk or Portland (the latter is close but not easy to get to in a hurry from here).
I had a text yesterday from my friend Bob to say there was a Bluethroat at St Helens Duver, an area of sand dunes in the north east of the Isle of Wight, but as I was stuck at work there was nothing I could do about it at the time. I arranged to meet Bob, who dipped yesterday, this morning at 0930.
Checking Derek Hale's website, the bird was a member of the southern European race, the White-spotted Bluethroat.
It had initially been sunny first thing but had quickly clouded over, was bitterly cold in the east wind and I soon regretted neglecting to bring a hat and gloves. Last year was horrible, gloomy, wet and cold and, so far, 2013 is shaping up to be as bad with the coldest spring for 50 years.
Bob and me walked around the area it'd had most recently been seen but saw only Dunnocks and Robins, both of which are around the same size as a Bluethroat. However, I spotted a movement and had a feeling it was *unusual* and, sure enough, there it was. We were soon joined by other birders and got excellent views of this bold little bird.

I took some photos but, these days I am using a full-frame camera (I have got into other forms of photography such as landscapes and maritime photography), so have had to crop them even more than normal but, at the same time, trying not to overdo things. On a full-frame camera, in this case the Canon 6D, a 400mm lens really is a 400mm lens and not effectively a 640mm! I had to trade in my 7D in order to afford the 6D but will save for the rumoured 7D Mk II when it comes out - if it comes out - or another crop camera to complement the 6D and for occasions such as this.

And here are the best of my shots from this morning, all cropped. 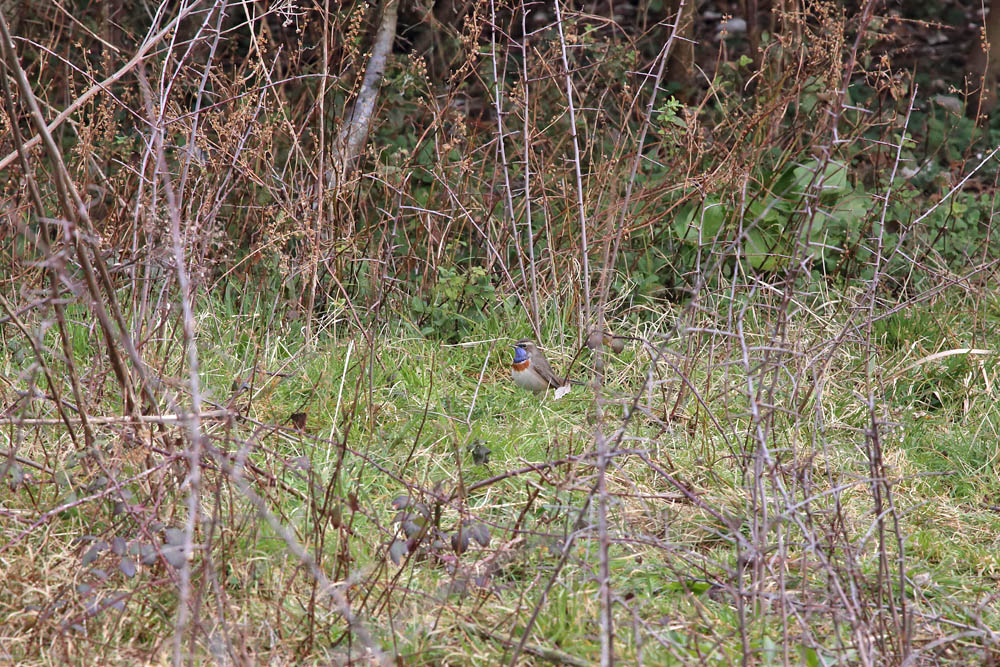 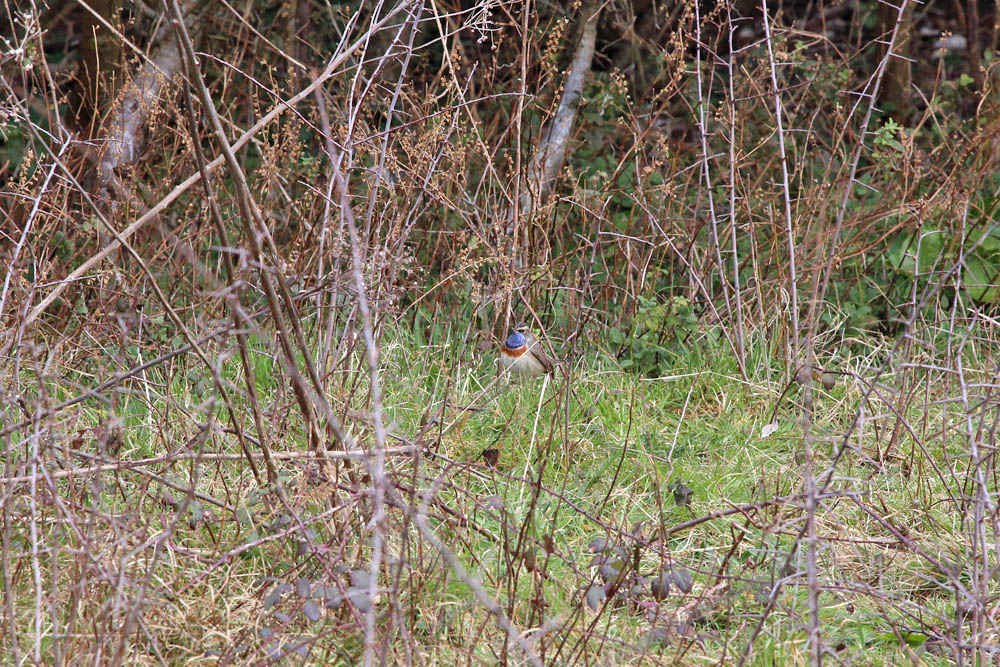 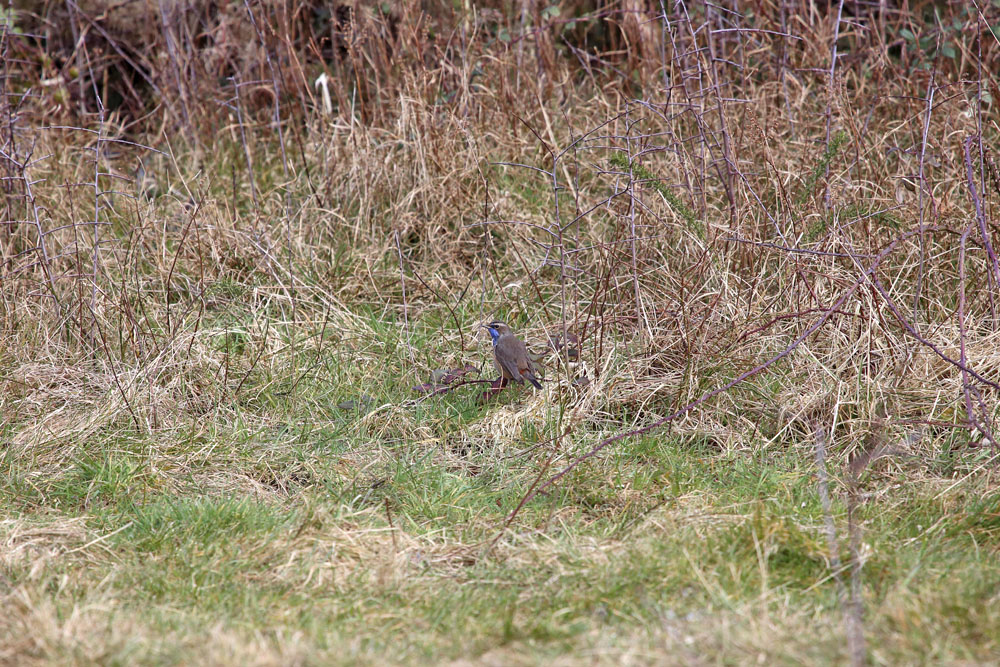 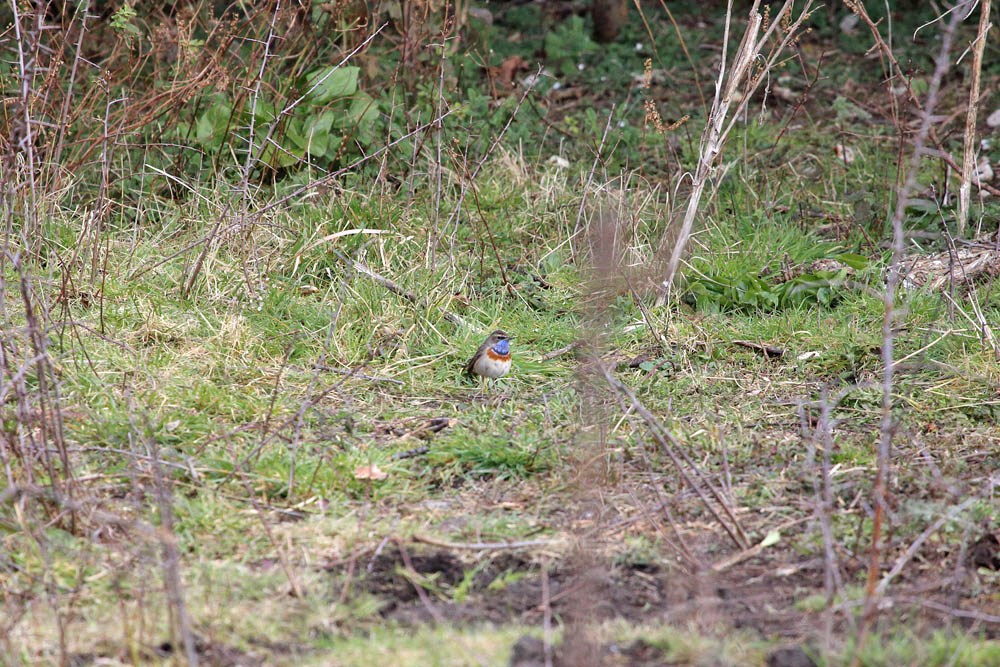 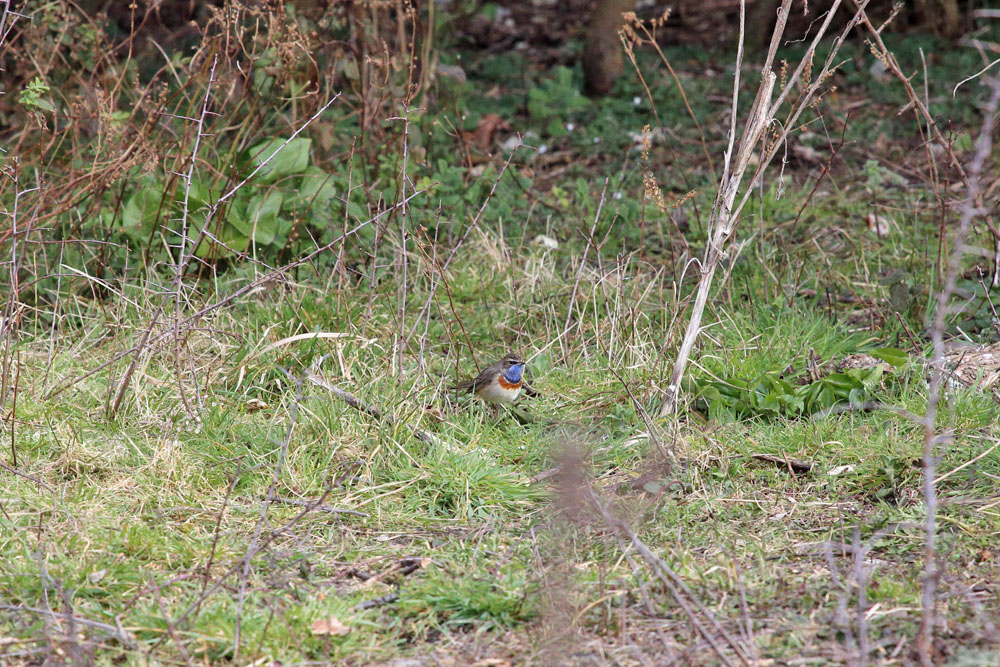 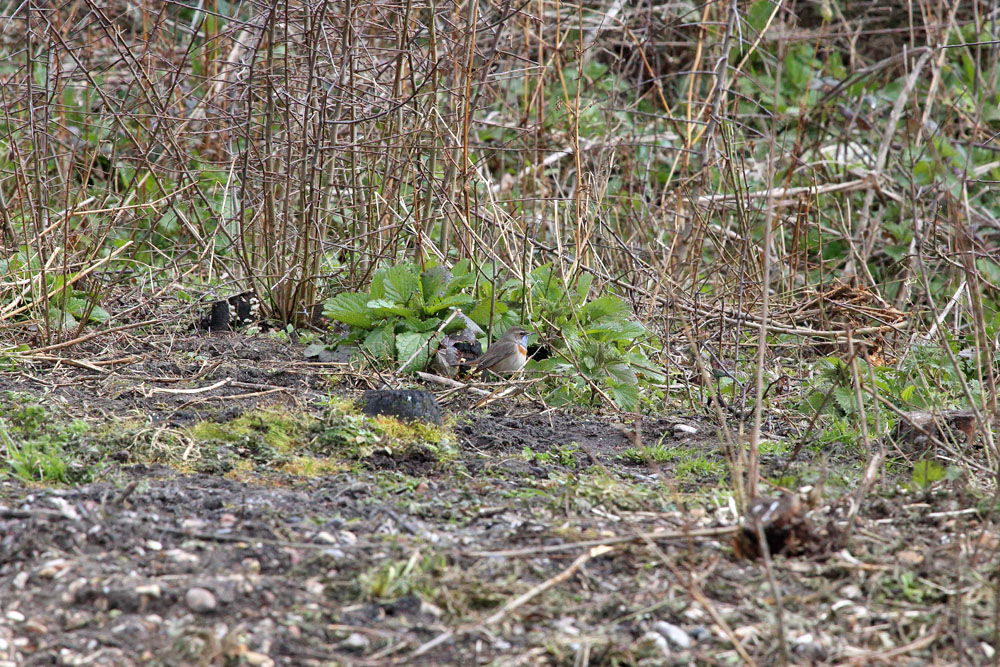 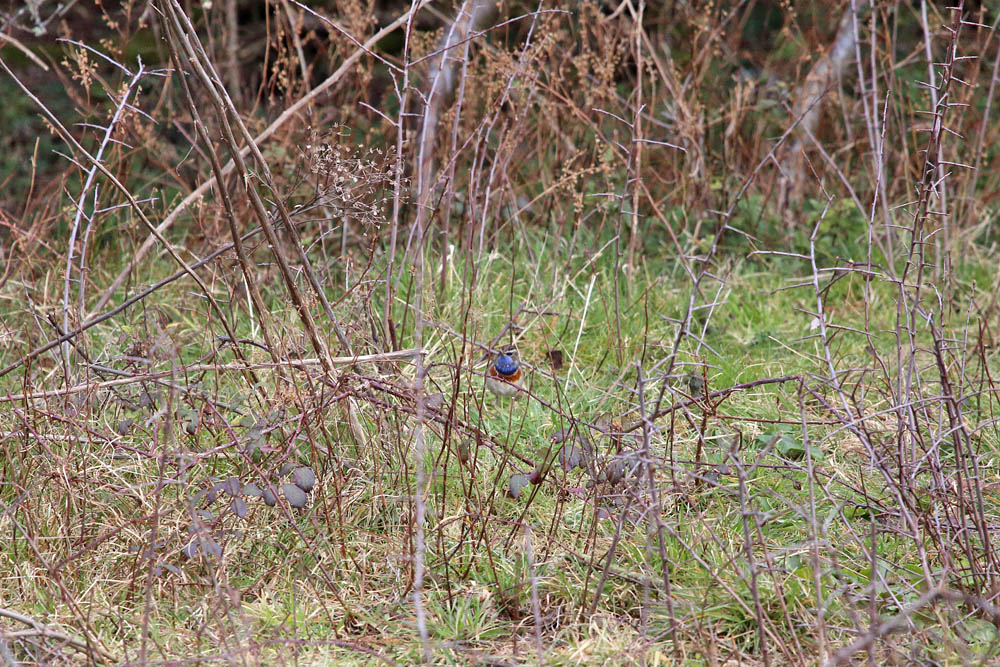 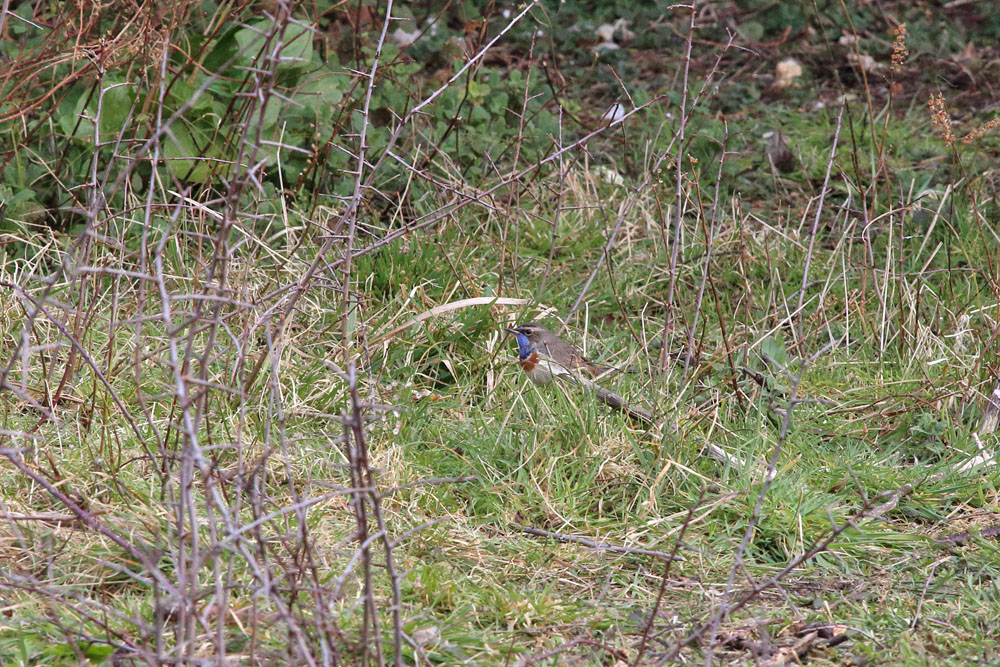 What a super little bird! A truly stunning little creature which has made 2013. It's shaping up to be a shit year for many reasons but this little bird has helped salvage it somewhat! A great start to the Easter weekend.

As I said, the day was cold and a bit grey. This is the view over the harbour looking towards Brading Marshes (beyond the row of coniferous trees) and Embankment Road. 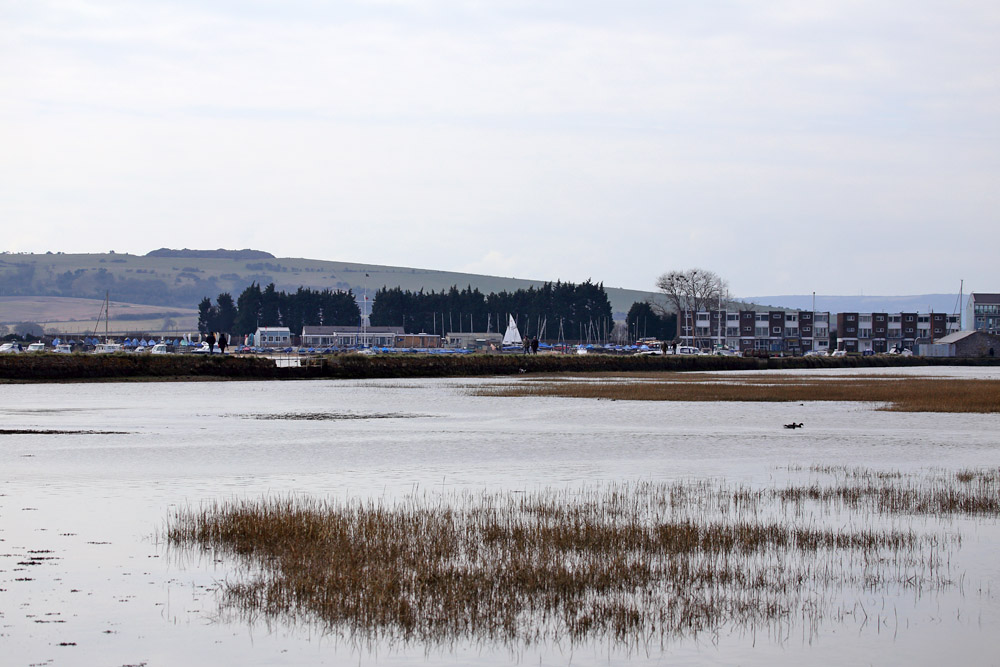 Other birds included Teal, Brent Geese and Kestrel, plus the very common stuff such as the inevitable Blue Tits, Magpies and Woodpigeons.
Posted by Fay at 12:48 No comments:

I hadn't been out birding in ages, for a variety of reasons, so as I had an unscheduled day off my temporary job and it is spring-like for February I headed to Seaview and Culver, where I met up with my friend Bob, another birder who I hadn't seen in ages.

The Brent Geese were out in force but no doubt thinking of flying back to Russia. 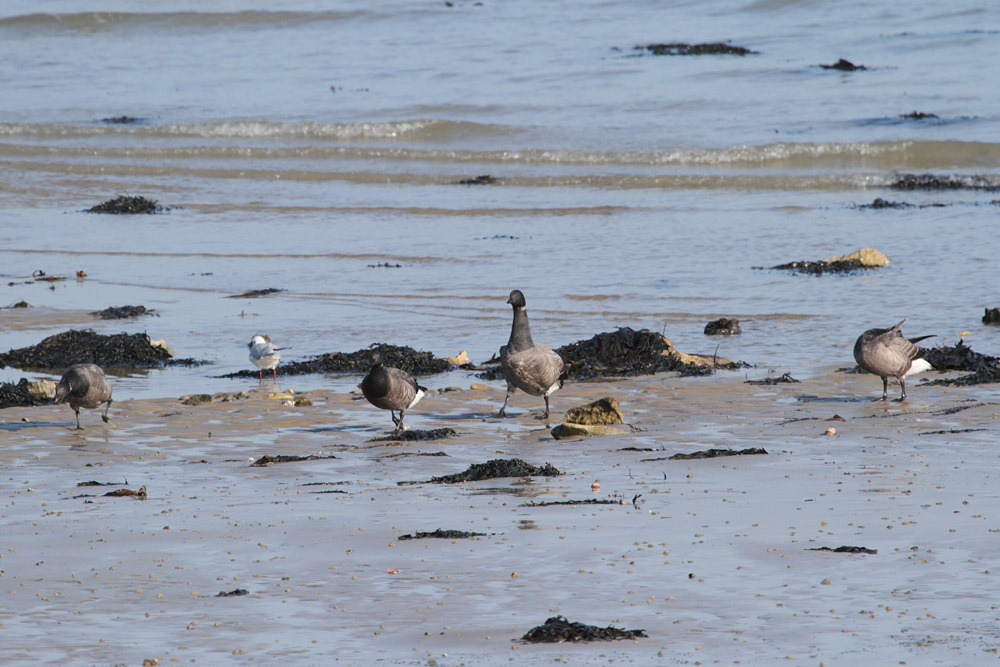 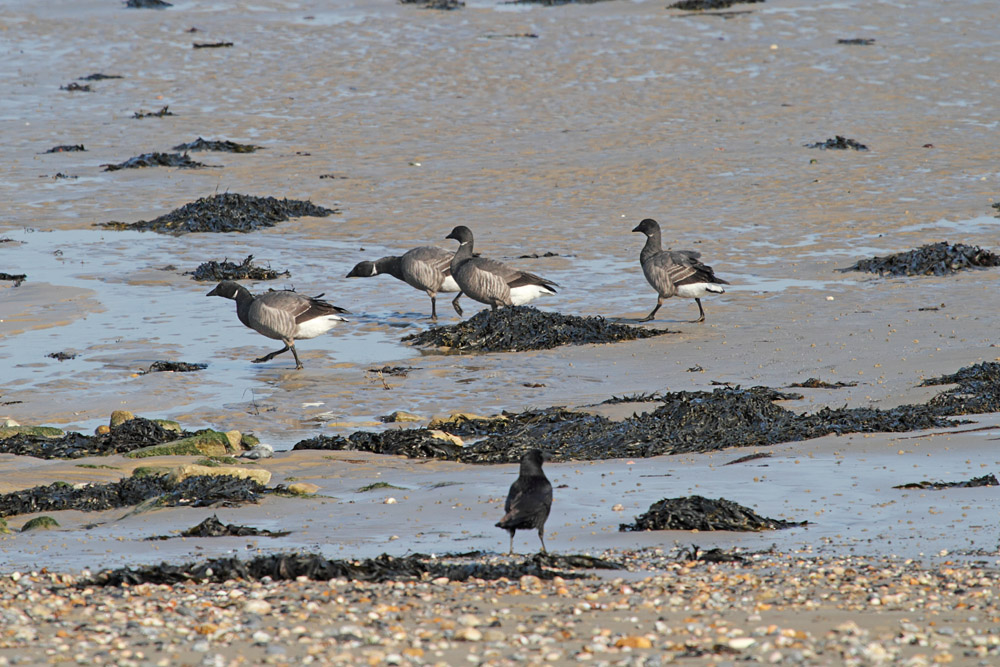 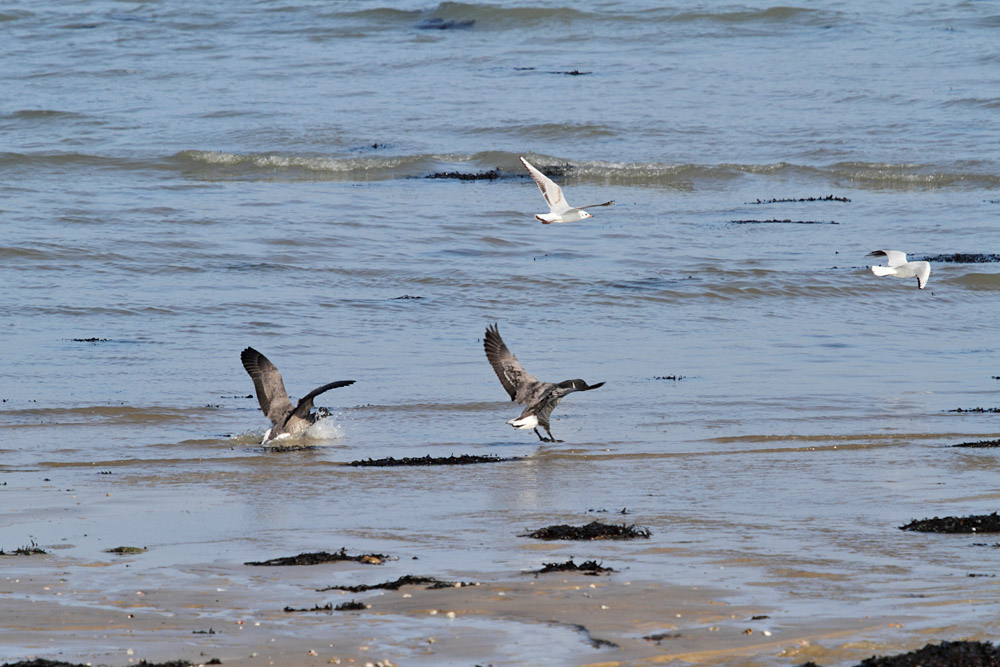 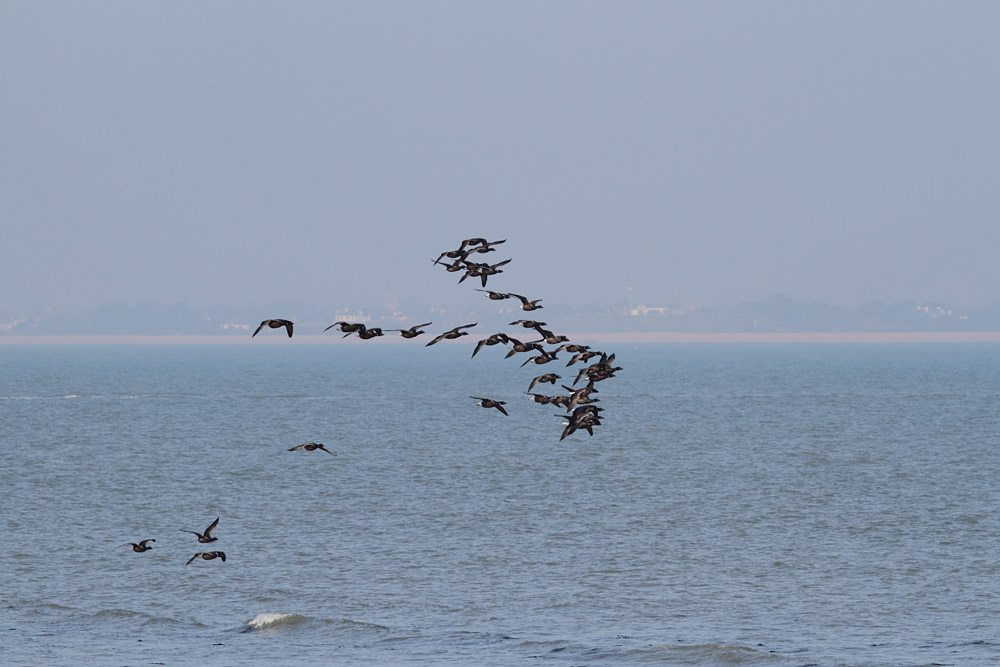 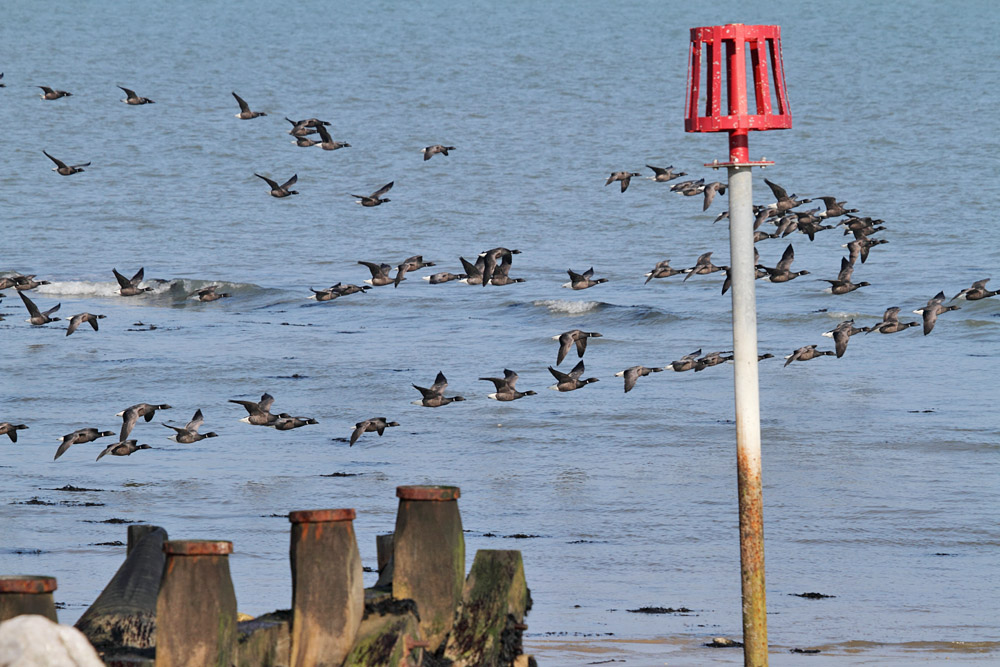 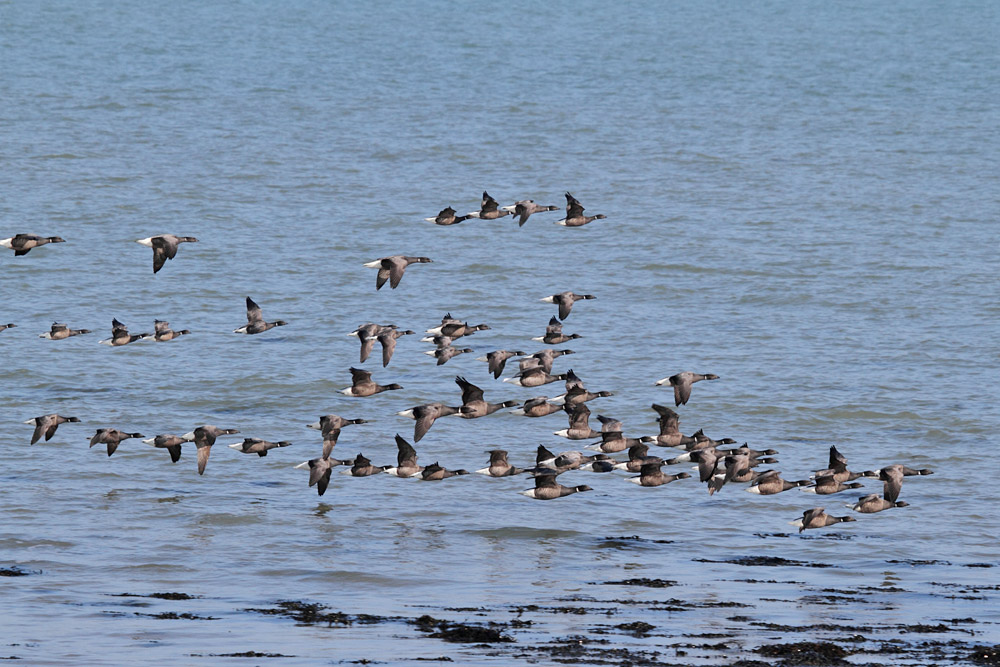 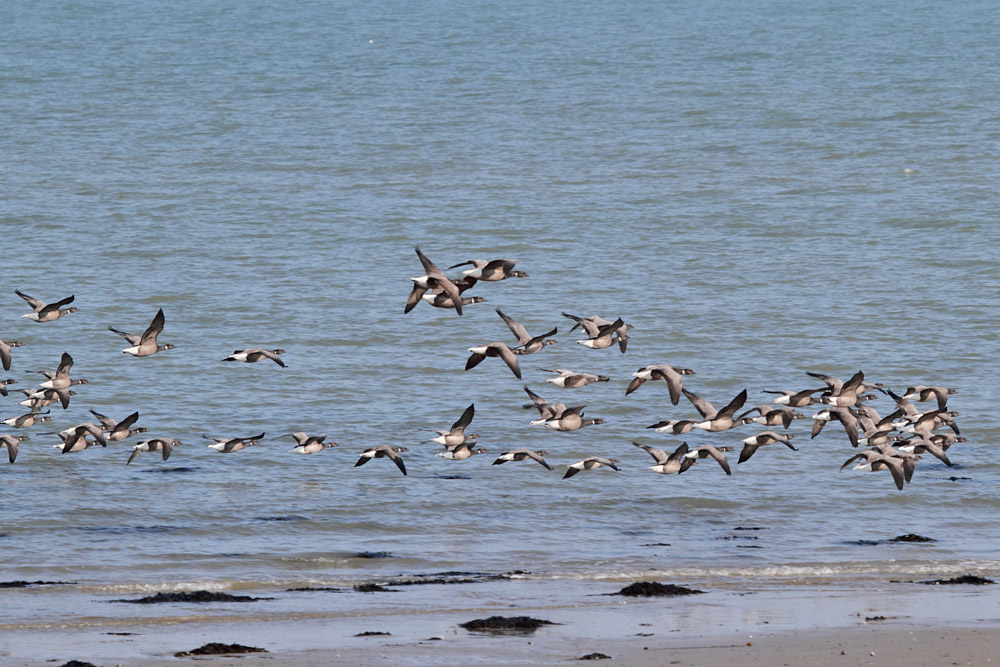 Culver was extremely quiet, with a few Meadow Pipits, plus the usual corvids and gulls. A lone Skylark was singing, pretty early for that I would have thought.
Posted by Fay at 14:26 No comments: